Knowledge is the economy’s rocket fuel. The key skill is the knowledge of how to learn.  Individuals who can’t learn are soon redundant. Companies that don’t learn are vilified and sold short.

But not everyone is actively playing in this competition. In fact, many TVET institutions are not yet waking up to the new reality. While most industries run after ideas, new research and innovations competitively and creatively, the knowledge gap in TVET training is widening, creating, especially in the job sector, an enormous gap between graduates and employer needs.  It’s getting worse, not better. And guess who are the losers?

Only a few countries really notice that their TVET institutions do not provide them the skills they need for the new economy. As governments in many countries scramble to hit the 19th century in  and economic  development while the world accelerates into science fiction, the gap keeps widening.

Because the change is so fast even for those who have the resources to respond, many find it very difficult to keep up and be competitive. If the world is flat, many TVET institutions are quietly falling off the edge as they hammer away at low tech assembly while the world spins topsy-turvy into a 3D printer, idea driven future.

Learning is more and more net based. Our world is now digital. Most hand skills are artisanal memories to be peeked at in museums and trade schools.

How digital are TVET institutions?

5 Powerful Ways TVET Institutions Can Move towards the Digital World

Is there hope that TVET institutions, which in many countries are sort of the dead end of education, can move from being tech-averse to becoming more tech-savvy?

TVET training institutions in more developed countries have of course gone towards the digital world and keep trudging on, some even innovating and making their students more sought after in the work place. But many, especially in the developing world have much to catch up. What steps would be more effective for these institutions to take?

1. Have a vision that is centred not just on technology but on the value TVET students and TVET training will do to the country’s economy and overall quality of life. Visit Singapore and figure out how they did it!

2. Develop partnership with sectors in the community who can and are willing to help move the institution to close the gap. Resources abound in most communities and often they’re just waiting to be asked. Some of these businesses or individuals may even profit from the venture and as such may be willing to fund this upfront. If you don’t find out, you’ll never know.

3. Have a simple and understandable strategy that will get most people in the organization to support change. Incentives may be needed to encourage early adaptors. Promise to share extra money earned through selling high end training to those employed in Industry and business.

4. Get full leadership support. Most TVET institutions that have lagged in this area are often leader centred so this is key to ensure success.

5. Plan your launch well. Go slowly at first and make sure you gain trust at the initial steps. This way, you will get greater support and enthusiasm.

Similar articles to this one: 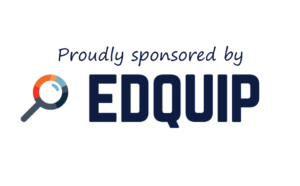